FAQs on the Ear Fold procedure 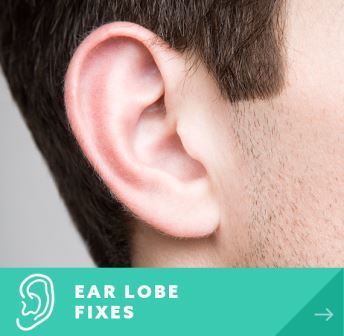 Ear folds are small metallic implants, the inner core is made of Nickelodium what has a preformed bend. They are gold plated in order to render the surface inert and less visible.

How do they work?

Are they suitable for all prominent ears?

Ear folds are well suited to patients whom an obtuse antihelical fold is the principle cause of the prominent ear, the degree to which they correct the prominence can be adjusted by pushing the ear fold higher or lower on the ear.

What does the surgery involve?

The surgery usually involves a local anaesthetic procedure.  After prepping your ear with disinfectant a small incision is made inside the helical rim of the ear.  A small pocket is then made under the peri-chondral lining of the cartilage.  The ear fold device is inserted and released in order to bend the ear back at a predetermined position.  The incision is then closed with some interrupted sutures which can be removed one week later.

Do I require a bandage?

No bandaging is required either for the ear fold or standard posterior suturing surgical otoplasty.

The ear fold is visible from the surface of the ear on close inspection.  There is a small (less than 1% risk of the ear fold extruding through the skin and requiring to be removed.  There is also a small risk of infection round the metal implant which would again necessitate removal of the implant.

Will I be happy with the aesthetic outcome?

Aesthetic outcomes are difficult to guarantee in any form of cosmetic surgery.  With the ear fold you have the opportunity to try the external devices held on with double sided sticky tape.  This will allow you to look in the mirror and decide whether you like your ears with that shape and gives some predictive value to the final outcome.

The risks of performing this procedure in patients who have a significant rotation of the conchal bowl is that that remains uncorrected and the antihelical fold could be overcorrected. There is a risk that this would then leave the helical rim hidden behind the antihelix of the ear and give an unnatural look to the ear from the front view.

Do I have to commit?

You are welcome to come and see us under no obligation to proceed to surgery.  We will advise you whether we think that your ear prominence is best treated by the ear fold or whether you would be best treated a suturing technique which allows us to correct both the antihelical fold and the conchal bowl using a small incision behind the ear.  Both procedures incur the same costs and therefore a decision should be made based on which of the two operations is best for you and not by any financial drive to save.

You can find out more on our Ear Lobe procedure page